It’s made by Akatsuki, and so far most people are familiar with its bond-based minigame/stage otoge combination by now. It’s a good way to learn about SideM, so I am just doing that. There’s your player’s mood/condition. I checked out the visuals, the concept, and eventually the game itself. Фузыка из фильмов. It also has one of the best gacha animation I’ve seen, where when you draw a magical girl you get her transformation sequence. I guess they fit well, after all, as engineered, but what helps the most is seeing other fans going at it. There’s straight up levels. In short, Hachii my aesthetics.

At the same time I did not spend much time in it, the game isn’t really primed hard for competition or is that community that hardcore. Kaori particularly is the kind of idealistic being that engenders a quick reaction. Shamelessly so, the main “Mashu” character is Mocho, so I’m playing it. Mahou shoujo madoka magica фильмы. Lastly, a bit about Magireco, or the Madoka mobage. Mahou shoujo madoka magica фильмы. Not to mention on some level, what’s the difference these days… Theater Days I opined a good amount already here, so just to update, I’m definitely getting used to Kaori and Tsumugi. Those are consumed in order to unlock traits at the end of each story mode run. I guess the last note to make on Magireco is that the developer has built a check in the app to see if the app has been installed from the play store, which makes sideloading tricky. The better you do in both of these minigames, the better you will be rewarded at the end. Some weeks you don’t train, but you play games instead, so those are just  your typical vs computer matches. It’s definitely much more casual if you came from Deresute, but I personally think this is more what IDOLM@STER is about. I personally had some issues but was able do continue playing after cloning the app. That’s a very high level description of the main minigame mechanisms.

. You can level up skills and there are like a dozen of those for each given player, and skills benefit your team differently for each position your player happens to be playing. Nothing you can’t get around. In this game you play the role of a fledgling QB and guide your group of magical girls to…something. I also glossed over a ton of details, and probably have some inaccuracies since I am still quite new at that game. What’s different is that it’s an improved version of FGO all around. Shamelessly because Aniplex put Trysail in this game front and center. It was not a pure otoge, and somehow it has become more and more so, out of laziness or limitation, whatever. Winning a game gets you prizes, which you can use invariably to either roll the gacha, or upgrade your players. Maybe I’ll fix it in Japan or something. So yeah, to me Theater Days ranking event was about the right amount of hard, which is not that hard, but hard enough to be a real challenge. It’s basically the same game as Fate Grand Order, but shelled with widefaces.

. I have some kind of a mid-season anime thing going but I also want to capture these tender sprouting opinions, fresh off the grill. In a nutshell, the game is a pile of mini-game type things, each playing towards a type of statistics or currency that you accumulate as you go through what the game offers you.

. It’s got that good mix of shoujo manga x sports manga x actual baseball thing. The game ultimately is what sold me. Funny enough all these other mobage is just taking my time away from this one. The full name is Puella Magi Madoka Magica Side Story: Magia Record. The voice cast, asides from the aforementioned two, includes the full HRR cast and some more of those baseball nerds in association. This brings us to IDOLM@STER: SideM – LIVE ON STAGE. I can say just by messing with it for a couple days, I have more than doubled my SideM idol knowledge, LOL. The gameplay is not hard but I’m no otoge player so it works for me. Each time a player levels up, you get into this second minigame that lets you try for these colored orbs which also is prereq to improve your team’s chances at the tournament at the end of the story mode, and as material for unlocking traits. The graphics and visuals reflects all that we have known and come to appreciate about the franchise regarding magical girls. Basically a bulk of the game is story modes that you can unlock as your coaching rank goes up. Each run of the story mode is broken into chapters. Too bad the draw rates are terrible like FGO. I was sold very hard, let’s just say.. There are plus and minus traits you can upgrade or remove. 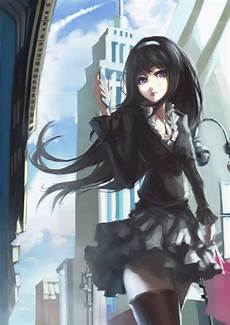 Awakened cards go up in rarity, which is cool, but this also means actual SSRs are a little bit devalued. It’s a game focused on character development, and not so much managing a roster or doing any rhythm game nonsense